Denpasar, masonadventures.com – After a 24-year hiatus, action hero and Hollywood superstar, Jean-Claude Van Damme, revisited Bali in spite of volcanoes and earthquakes heading the news. These were not going to stop this movie ‘tough guy’ coming to Bali to meet up with his good friends Michel and Maria Adam, owners of Fashion TV, who were staying at the Legian in Seminyak.

Jean-Claude also used his visit to Bali to catch up with friends Nigel & Yanie, from Mason Adventures with a day together with them at their famous Mason Elephant Park and lunch at Koko Bambu restaurant, home of Mason Gourmet Chocolate.

The highlight of the day for Jean-Claude after arriving in the Mason’s private helicopter, was a meeting with Tagor, one of the parks resident rescued elephants. Jean-Claude is a passionate animal lover and was very impressed with the park and its amazing care for its rescued Sumatran elephants. He especially loved his one on one experience with Tagor, a 32-year-old elephants with huge tusks and a sweet personality. Jean-Claude frolicked with him in one of the parks lakes and was reluctant to finish his close encounter with his huge new friend.

Maria Adam from Fashion TV and her husband Michel also enjoyed the day, Michel being especially impressed with the quality and taste of the chocolates when they visited the Mason Gourmet Chocolate facility. They all later returned by helicopter, landing at the W Hotel helipad, thanks to manager Greg Seaward. Jean-Claude Van Damme and Michel Adam also held a cocktail party together at The Legian to launch their new joint venture, ‘Falconman’, a new film starring Jean-Claude to be released shortly. 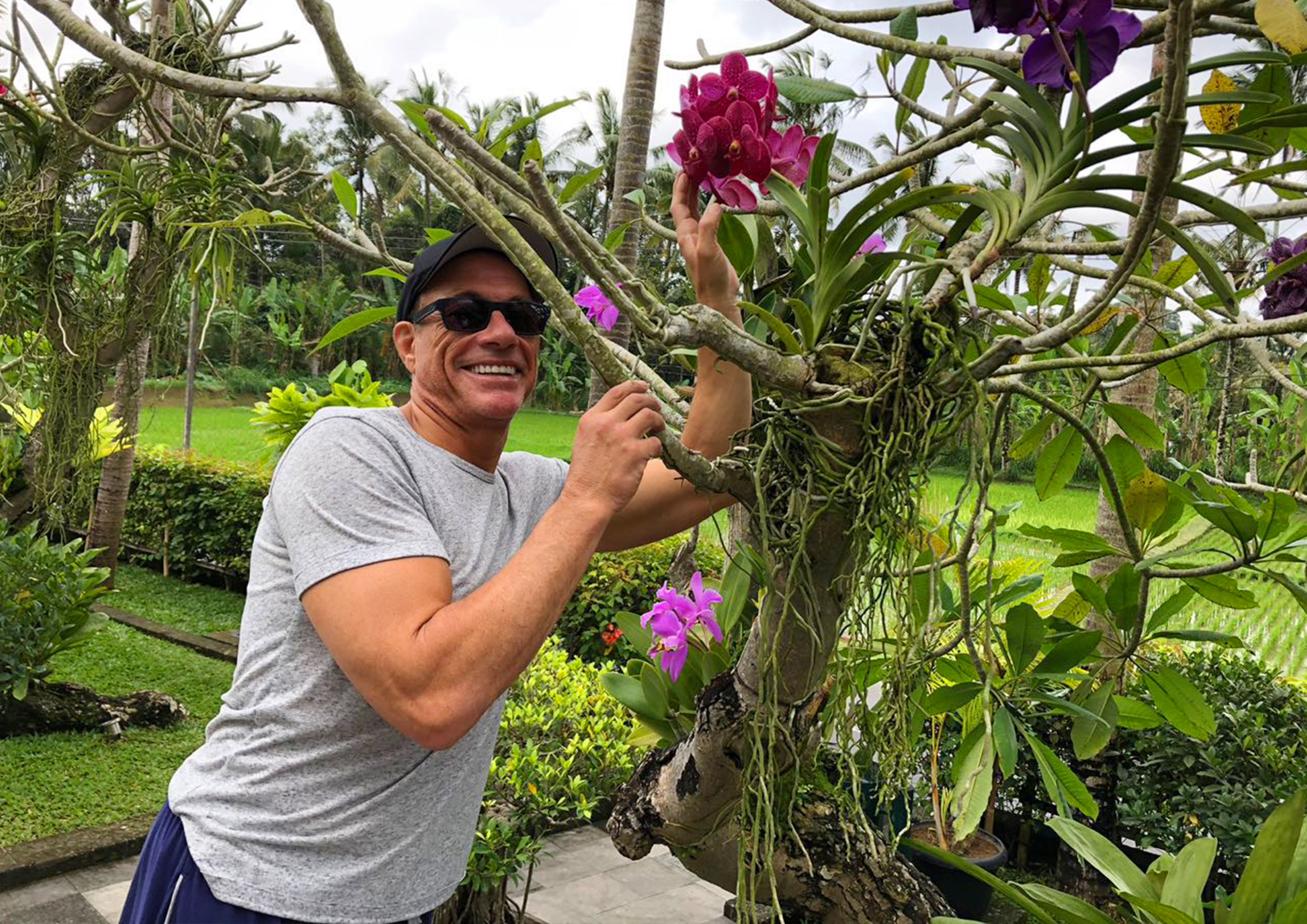 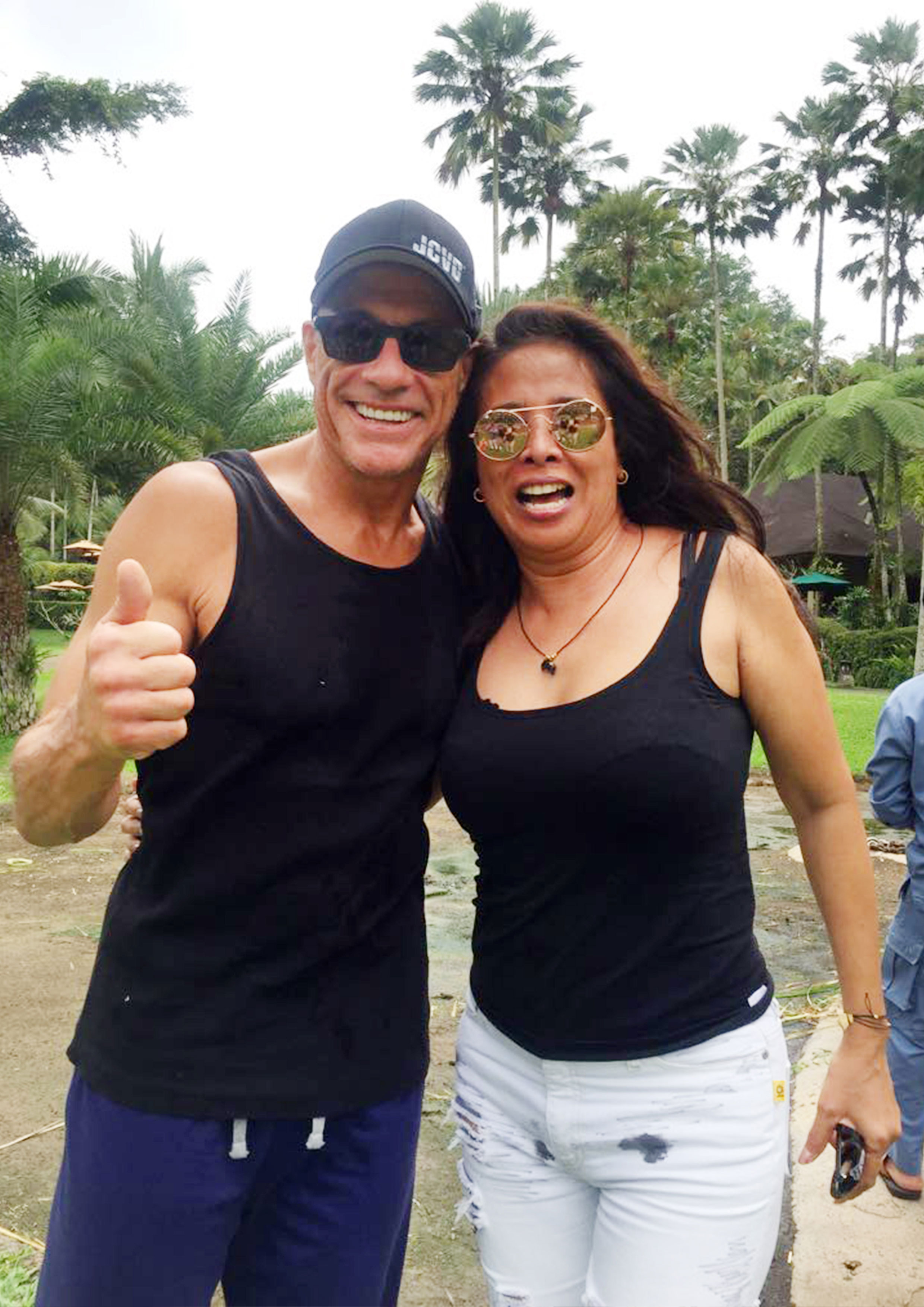 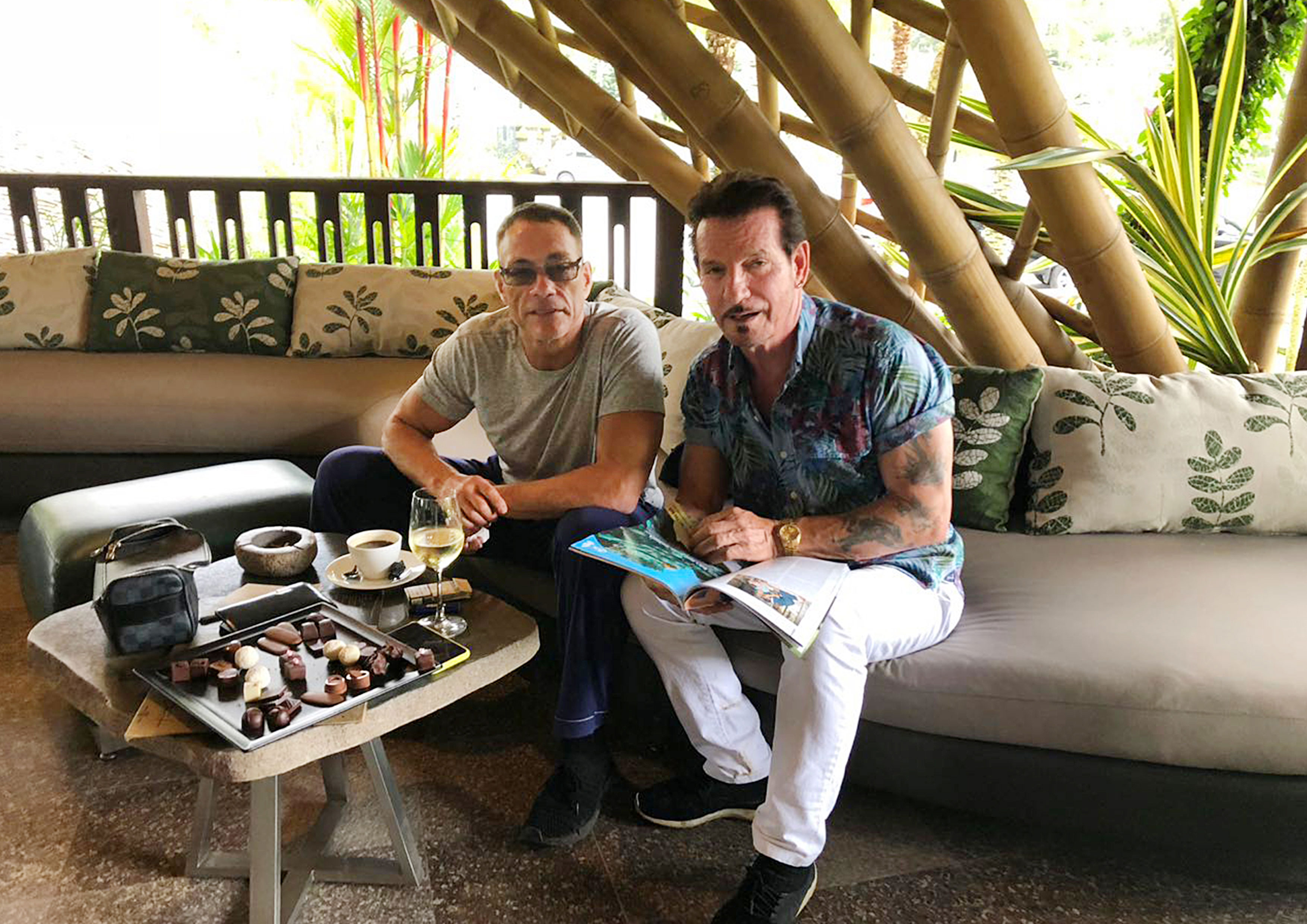 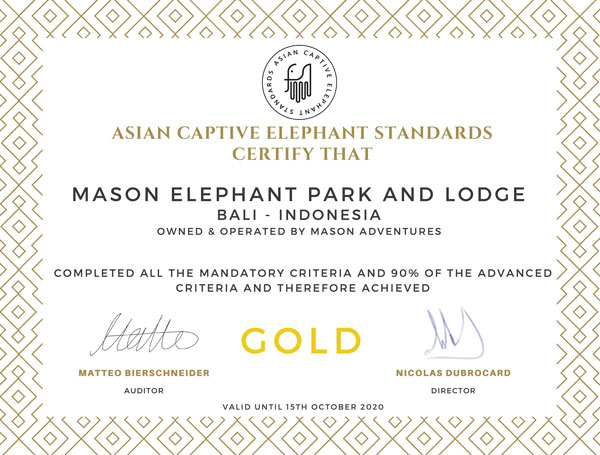 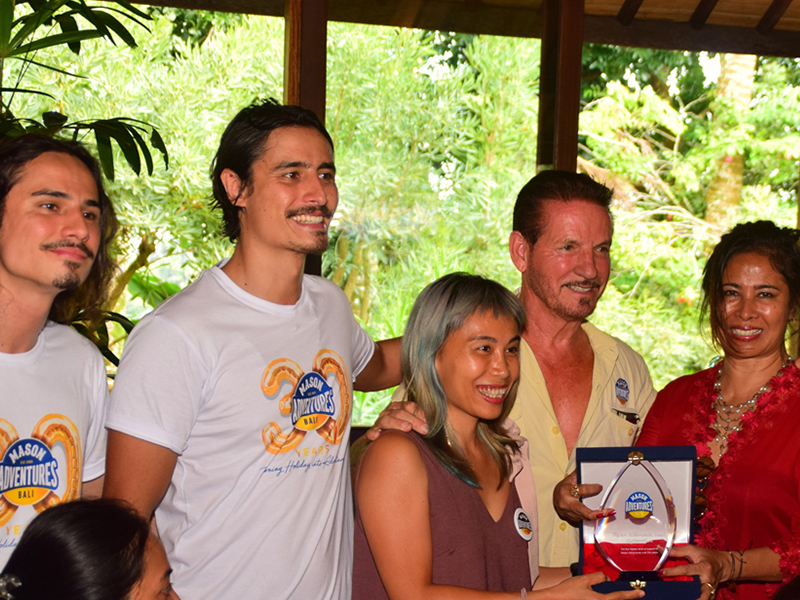 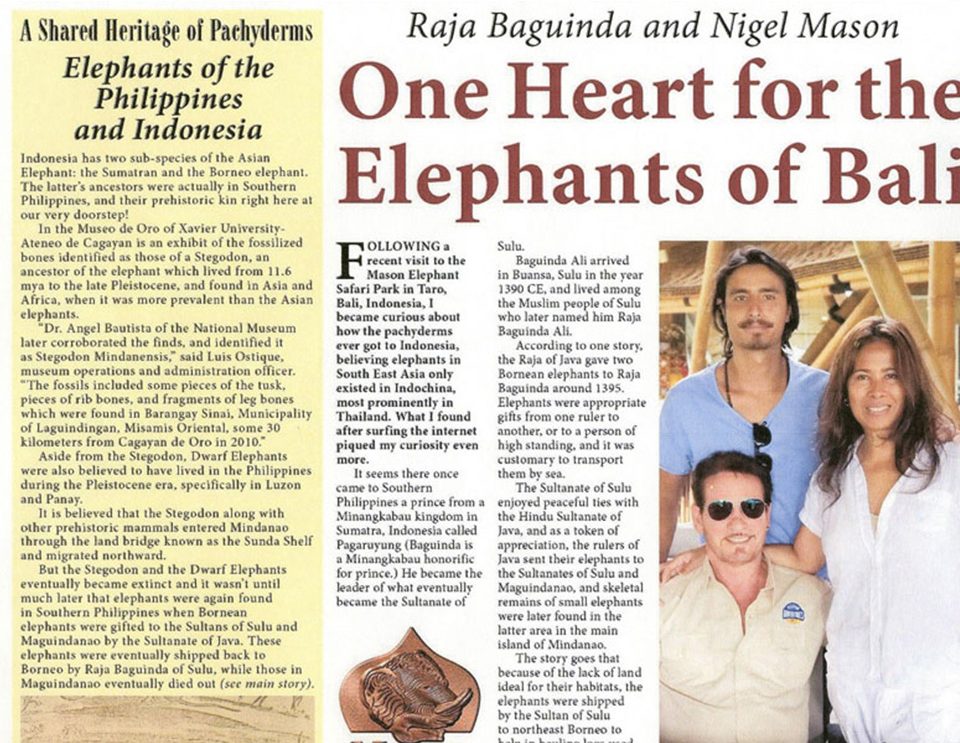 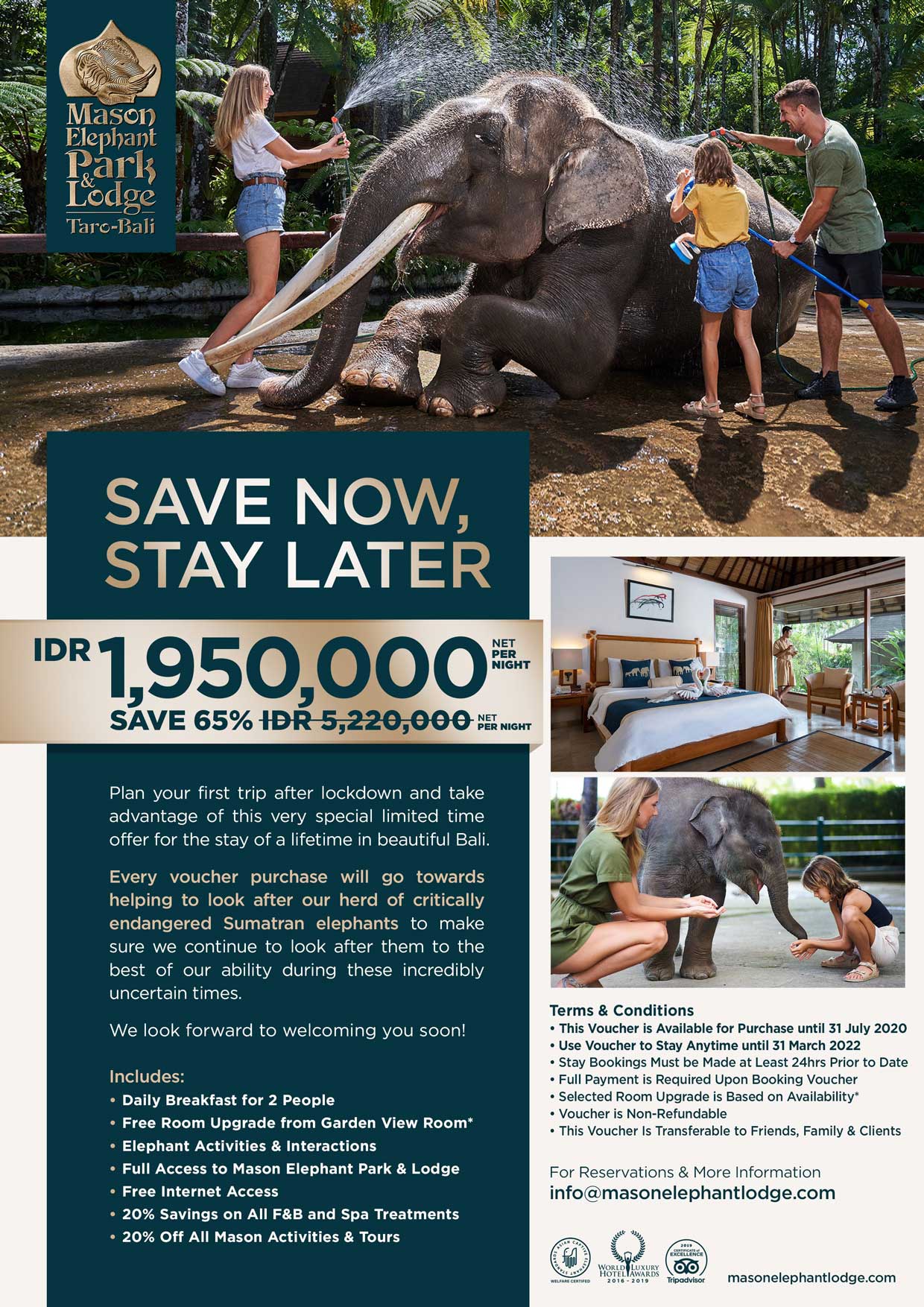